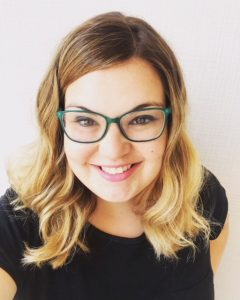 Before joining the staff at Congregation Beth Tikvah, Morissa has “worn many hats” in the field of Jewish Education, and has served as a Youth Director, Hebrew teacher, and Judaic studies instructor with various age groups. Morissa served as a Peer Engagement Intern at Hillel of Ohio University, where she also was extremely active as a ritual musician. As a cellist, she enjoys exploring the connections between Judaism and the power of music as a learning tool.

As an Ethnomusicologist, Morissa’s areas of research include: music of the Jews (conversos) during the Spanish inquisition, music of the Beta Israel, modern Israeli hip hop and politics, as well as comparative Jewish music – examining how different Jewish composers, bands, and ensembles navigate text, prayer and music, all in their own unique ways.

Morissa holds a class “A” teacher certification from the Jewish Education Center of Cleveland. She is a certified RJE (Reform Jewish Educator) by the International Reform Jewish Educators Title Granting Commission, a sub-governing body of the Union for Reform Judaism. Dedicated to inclusion of all learners in her education programming, Morissa completed the Matan Institute for Education Directors in 2015-2016. In 2016, Morissa was honored with the Larry S. Moses Outstanding Young Professional Award by the Jewish Federation of Columbus and The Wexner Foundation. Morissa is a member of the Association of Reform Jewish Educators (ARJE), and is excited to be serving on the Board of Directors for the 2018-2021 term.

Deeply committed to Tikkun Olam (“mending the world) and experiential education, Morissa served as a staff member for the Union for Reform Judaism’s Mitzvah Corps, traveling in the summer of 2018 to Costa Rica with a group of 20 teens to so service learning through a Jewish lens.

As an avid practitioner of meditation and yoga, Morissa enjoys integrating these spiritual modalities into her Jewish practice. In 2018, she began the Shabbat Mediation Group at Congregation Beth Tikvah which gives individuals the tools to bring mindfulness and inner peace into their Shabbat prayer experience. She will begin meditation teacher training in December of 2019 at Yoga On High in Columbus, Ohio.

Morissa is committed to guiding her students and community in building positive Jewish identities, and strengthening individual connections to Judaism through creative and meaningful experiences.